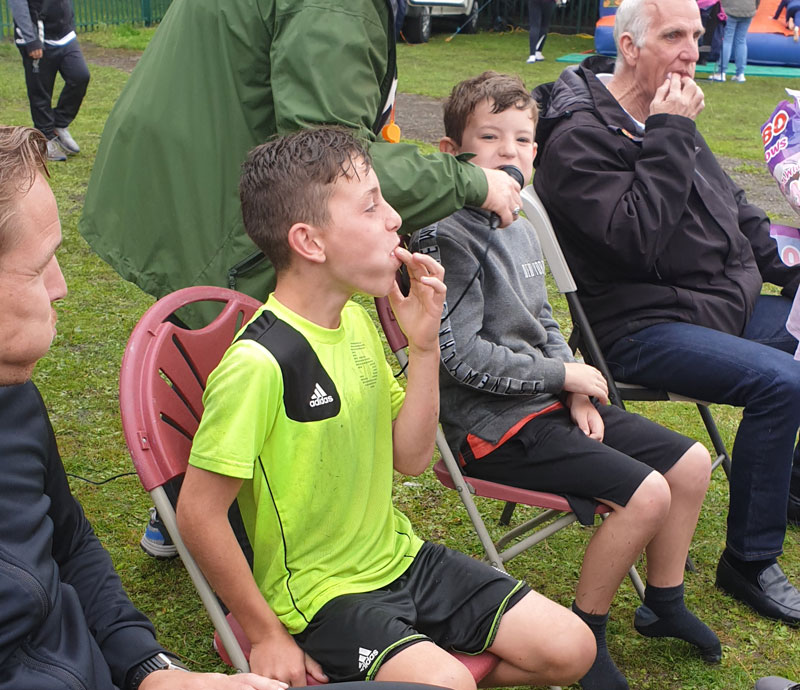 Whilst running the Easter playscheme at the playground we got talking to a group of parents who expressed their frustration at there not being anything for their children or community where they live (an area known locally as Under the Bridge) in Garston. The local Village Hall had closed, and major repairs were being done in May to a railway bridge which would mean much of the community would be isolated for 3 months. We mentioned that Liverpool City Council were accepting applications for Play Street Events where communities can have streets closed for a few hours for children and young people to play. If they were interested, we would apply for one for them. They all wanted this. So, we set out a date for this to happen and began the application. In the application it stated that they needed to get residents to agree to this and support the play street. After they left the playground they got to work and knocked on all the resident’s doors who subsequently signed to say that they supported the event.

Whilst waiting for the outcome of the Councils decision on the application we continued to engage with the parents and offered them some training opportunities.

8 parents completed an AQA Introduction to Youth Work and Safeguarding.

Once permission came through, we met up to discuss the day and what people wanted. It was also suggested that we advertise it on social media to get more people to volunteer and get their ideas of the event. This soon escalated and before we knew it was going to be huge. We applied to the local Council again so that we could gain permission to use the park next to the planned event. 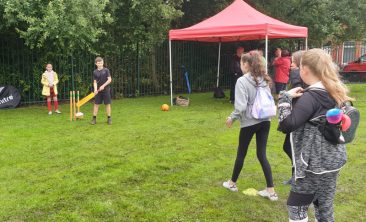 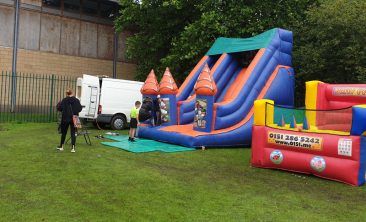 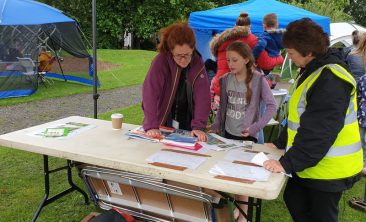 Permission granted. Funding then became an issue, how are we going to fund the day? A couple of parents got straight to it and started selling spot the balls. And we completed applications to the Community Impact Fund, Mayors Fund and Local Councillors’ Neighbourhood Fund. All of which were successful.

The project went brilliantly, despite the bad weather. We didn’t have as many as we hoped turn out for the clean-up day, but those that did turn up did a fantastic job and the council were able to hold a consultation event with those volunteers and residents regarding the new swing park.

The play street event saw over 200 people attend which could of easily doubled had the weather not been against us.

We had local resident volunteers help with the food, providing activities, setting up the equipment and providing the entertainment. A further consultation took place regarding the swing park. We distributed food vouchers, bread and Five for Families were able to give out information and advice.

Bike right helped the young people with road safety sessions and 2 children learned to ride a bike. 8 young people were able to get their bikes repaired.

Unfortunately, we had to let down the inflatables half-way through due to H&S (weather).

In total we had 240 hours of volunteering completed.

Feedback from residents was brilliant. People were bringing their own chairs over and sitting under the trees so that they could be part of the event.

They just all wished that there were more events organised under the bridge.

A Blast from the Past

What our customers say…

Coming here has helped encourage my social skills and confidence in meeting new friends. I am happy that my child has access to the playground which is safe, fun and full of enjoyment within the community

My son is severely autistic and the Venny is his Paradise! It is a place he comes to and loves, it’s like a big adventure to him with all the things that are there to occupy his mind and burn off all his built-up energy. It gives me, his dad, a little bit of respite. Knowing how safe the environment is with the high safety fences all around it gives you piece of mind knowing he can’t come to any harm. I can just sit back and watch him enjoy himself and sometimes I have a go on the swings and other activities that I’m not too big for yet! Another feature which I know he enjoys is the countryside feel it has to it, I think the smells and the feel of all the flowers and greenery helps him to relax. “Long live the Venny“.

I started to come to the venny with my child for her to play and now I regularly help out. I know the staff have their hands full much of the time, with the number of children and young people that attend and I enjoy being able to help where and whenever I can. I feel, valued and have something to contribute no matter how small